Where did we come from?

Well it all started back in 2007 when we stumbled across rock crawling. Thought about it, looked at it, thought some more about it then figured ya sure its slow but what the hell. After a couple seasons of carnage, reading, watching, building and more carnage we walked away with our first Season Title in 2011. After switching rigs for 2012 we were able to back that up with a State Championship Title followed by another Season Title, Triple Crown Title and multiple wins across New England for the following years. Ya this rock crawling thing may have gotten us.

Lets jump a little farther back, actually call it 1994 when our Racing started. First we discovered our love for Oval racing. Going in circles believing we were Nascar drivers was the thrill. As our skills improved then it became the hunt for better setups, building faster motors and racing amongst good friends. A few years later we jumped into turning left and right with Touring cars. Brushed motors and Nimh batteries meant clean driving and good setups. Driver control was learned later but we got better. After a few years of that we tried dirt off-road 4wd. I cant say it was successful but we def learned we did not like it. All that brought us up to 2007 when the rock crawling came in.

Back about 2012 though we did decide to multitask things and got back into left and right turns. Getting back into Touring Car meant learning about Lipos, brushless motor gearing and how to drive on rubber tires. There was for sure a re-learning curve in this department but it brought us back to some long time friends. Bringing us up to current – 2020/21 racing scene. We are still involved with the rock crawling scene but more of a small way and behind the scenes a lot of people don’t see. Picking our grass roots back up in the racing world though has really opened up a lot of things and the ability to create ideas is incredible.

Why did we start making parts?

Its simple  – we had a machine sitting there making small parts for racing. Racing? Ya we do that too but with a head still full of ideas the rock crawling world is where we’re at. So out came the drawings and notes ….. aka napkins and sharpies …. and we decided to make something out of nothing. Plus it would be cool to look at a truck and say ‘Hey we made that.’

Its always been about making things drivers want and never about making something just to sell. We could simply copy something and make it just for the sale but that’s never been our model. Can we copy something? Absolutely but if we cant improve on it, make it better then its truthfully not worth the time just to get a sale. We Sell what We Race and We Make what works better. There’s never any ‘hidden’ or ‘Team’ parts on our cars, if we race it we sell it!

We don’t have one of those fancy business plans or people looking over our shoulder waiting for the next hot seller. We’ve got ideas, We’ve got tools, We’ve got electricity and We’ve got the mind set to bring things people need. What’s our 5 year plan you may be wondering? Ok so you’re not but here it is ….. To have a bigger catalog of parts and hear some good stories about how something we made helped someone else.

Wow coming back to this page after 6 years I feel like we have accomplished exactly that. From having a National winning crawler chassis to Designing one for another company I would say we made our name known over the years. Having met new people and shared some great times to knowing something we made helped them.

We’ve never been on the hill to becoming the next Trinity or Jconcepts grass root type company. Would we like to be? Absolutely but times are different now. For us its still the passion for the hobby that keeps us going. The willingness to do the small things that make drivers happy. While our catalog is primarily parts for the cars we race that doesn’t mean we don’t do others. Our place is always open to custom work for anyone and any car. Sometimes even those custom jobs turn into inventory we carry due to high interest. Together we expand and do it knowing its helping drivers.

Cant wait for the next 6 years!

Where we are now?! 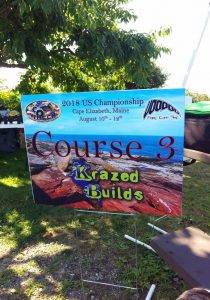 Where we are now?!