Well had an Idea for some time now and today got half of it done. What if we had aluminum axles in our XR? So that’s what I’m trying but I’m also putting the Wraith lockouts on it for now too. Now overall I gain a little strength out at the wheel. See running the Wraith lock outs brings the hub shorter making more force needed to bend an axle. Think of it as leverage when you think of a longer hub.
Lets say you need to break a but free and you use a normal wrench. Its on there tight and you’re fighting with it. Now lets put a long pole on that wrench and try it. Comes off easier right? That’s because you have ‘more leverage’. Having a longer hub acts the same way, it allows less force to be needed to bend an axle. Now put that hub closer to the axle nut and it takes more force to do the same.
The other thing I wanted to do was get rid of the axle nut weight. So lose the nut, run a shorter hub and we have saved weight. But lets add in the Wraith lock outs which are longer and more axle material then we basically have just added the weight back. Overall it all about averages out with two benefits. Less rotating mass and more force needed to bend an axle. (this I’m hoping saves the fact that its 7075 solid aluminum)

Per axle I saved a little over 1gram each ….. not much but boredom with a lathe gets you trying things. And its a good way to blow away a cold new england day. 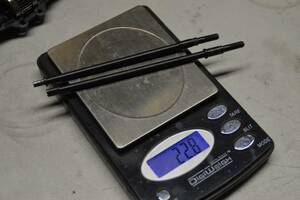 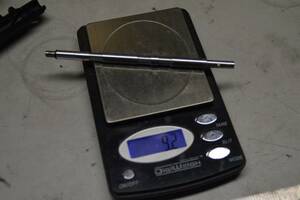