Whats new at Krazed Buiilds? Well it’s definitely been a while since we updated or talked about anything. Winter was a time we got to enjoy the hobby and creating new things. We challenged ourselves with something totally not our normal. From that came our B64.4F kit for the popular AE B64 car. What an absolute blast this thing has been on carpet and turf, such an aggressive and balanced car. Making A-mains every time we ran ours and taking some podium spots was just incredible for a car less then 6 months old. 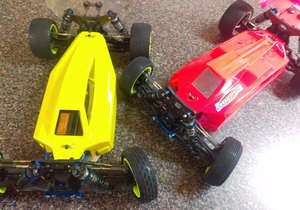 As winter wound down we saw the pick up in crawlers again. Orders started coming in again with spring around the corner and we switched our own gears a bit. After selling our own Gen2 at the end of last season we had some free time. That free time didn’t last for long. For a while we have been eye balling portal axles and dreaming of putting them on a 2.2S comp rig. Theres been many options for years out there but they honestly required too much work. Whether it be mods to change width or get better steering or just lacking support for them, we knew something had to come along. More to come later on that though, we’re excited about that project, pretty much bringing a mouthful of new ideas to our resume.

We were able to get our 3D print room built over this winter. The world of 3D printing is just incredible. Where 3D printing has come from to where it is now and where its gonna be in as little as 3 years is just fascinating. We’ve been lucky enough to have some fingers on it for the last couple years and wanted to bring ourselves to using it more. Having two machines and our computers networked together streamlines everything together for us. From prototyping to production pieces it has been a time saver in many designs. 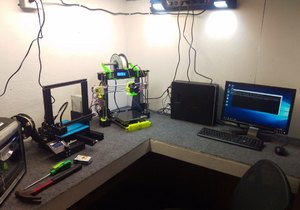 And among all that we have been keeping up with our SK Oval car as well. With our Enyo model released last year we had a well known veteran driver behind the wheel. Locally the car put up some great battles and took podiums with it. This year looks to be bringing something new we tested last year. Last year we tested a new car with some different theories in setup and geometry. Liking what we saw compared to its older sister the Enyo we wanted to stay with the concept. We shipped the car off to another seasoned driver this summer for some real testing and feed back. With oval racing season approaching we are definitely anxious to get our newest version out on the track. Thankfully we are only a couple months away from spinning up the tooling for these. 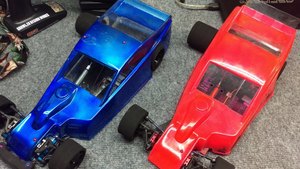 Did we leave anything out? We probably did but theres so much more on the books that we are still checking off our list. For now we’ll just leave ya with a couple of pictures.

There are no upcoming events at this time.